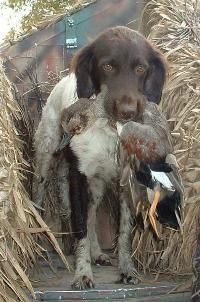 We bought Abbey in June of 2001 and while both of her parents are German imports she was born in Colorado. Right from the beginning Abbey showed a tremendous desire to retrieve and love of the water. Even as a 10-week-old pup she would retrieve bumpers back to hand virtually every time and this continues today. She also quickly showed that she was comfortable in the water when she swam without hesitation the first time she was introduced to the water.

Abbey was NAVHDA Natural Ability tested in May of 2002 where she earned 94 points and a Prize III. She surprised us on Test day by running wild for the first five minutes of her field search which not only tired her out but hurt her cooperation score as well. Normally, she is a dog that sticks close with excellent cooperation, but on that day she decided to go for a run on her own. Abbey had the bad luck to have her first season come in 2001 when pheasant numbers were the lowest that we have seen following the record-breaking winter of 2000. It was tough finding birds so she didn't get a whole lot of finds and retrieves, but she did learn how to get in the cover. 2002 was a little better but was still far from normal, Abbey started to come on and really started getting pheasant hunting down. The bird numbers rebounded in 2003 and we took Abbey duck hunting for the first time. We had started hunting ducks the year before with Echo and decided to give Abbey a try at it. Abbey turned out to be a natural duck dog. It took virtually no training to get her to sit beside us on the bank and wait for the ducks. The first time she went in the duck boat she stuck her head out the dog door and sat there for two hours watching the decoys. When we shot a duck she jumped out the swinging door, brought it back, soaked all of us when she shook off, then went back to the dog door and looked out. That was our first try "training" to sit in the duck boat. In her first-year duck hunting, she brought back quite a few ducks and had a chance for one goose that someone else shot in the water, but she just swam around barking at it. Once the goose was onshore she did pick it up and carry it around. Our duck hunting success didn't last into 2004, it was poor hunting all over the state with tons of rain during the September season that spread the ducks out everywhere and a migration that never really happened for the rest of the season. We managed only 11 ducks and it wasn't for lack of trying. The pheasant hunting was pretty good and Abbey had firmly established herself as one of our best-hunting dogs.

She started to get a majority of the hunting time as our older dogs began to slow down a bit. 2005 started out really well with an excellent early duck season and prospects of a really good pheasant season. With three younger dogs around that needed a bunch of work Abbey was our first choice to hunt with the young pups. Abbey's good nature, slower pace, natural honoring (most of the time anyway), and propensity for holding long points makes her a good dog to have along while the young ones are still figuring things out. The 2005 season turned out to be our best ever with both ducks and pheasants in pretty high numbers especially compared to a few years previous. We did very well during our duck season with Abbey bringing back over 30 ducks and she finally got a chance to redeem herself on Giant Canada geese. We managed to get two to come into a land spread and she brought them both back, one dead and one still alive. Pheasant hunting was excellent as well with bird numbers being as high as we've seen them since the "Good Old Days" of the mid-1990s. Even while sharing the load with three younger dogs Abbey still got the jump on a bunch of pheasants that the young ones didn't beat her too. One of the highlights of the season was on the last day of the pheasant season we watched Abbey hold point on a rooster for 10 minutes down in a creek. We even managed to kill it when it flew after my brother went in and flushed it. Not bad for a dog that has never been whoa broke. 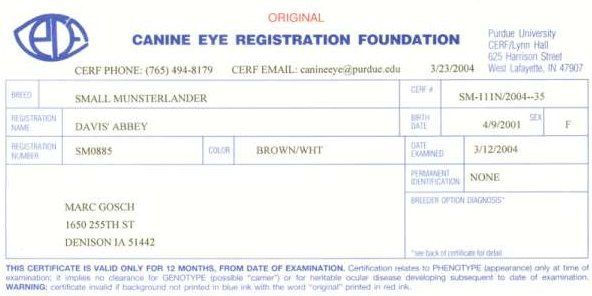 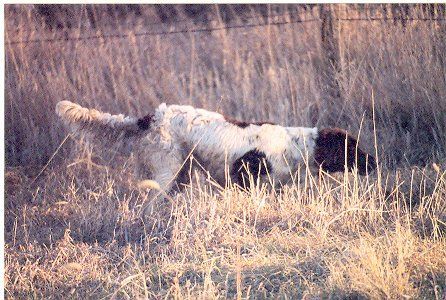 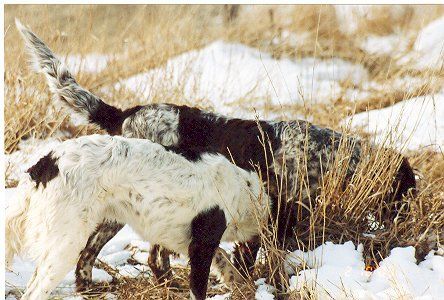 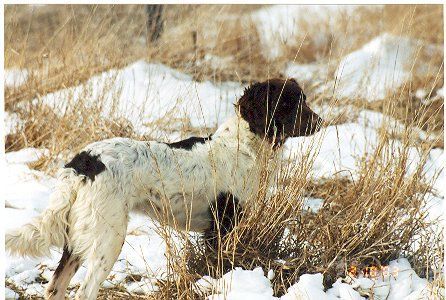 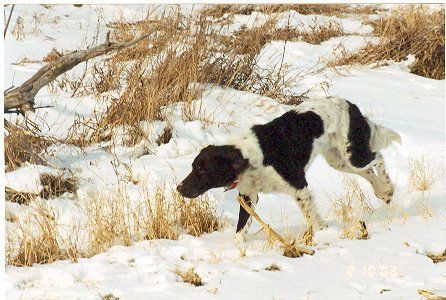 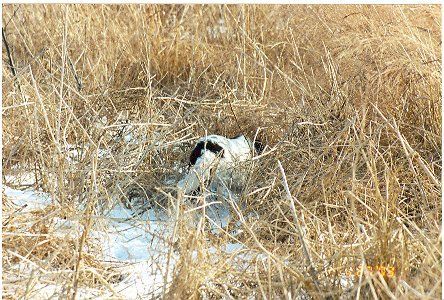 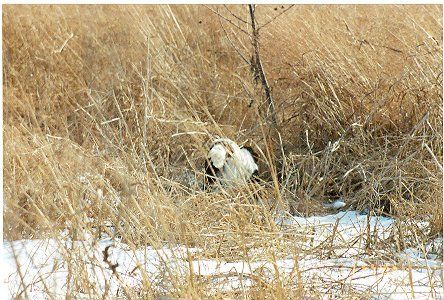 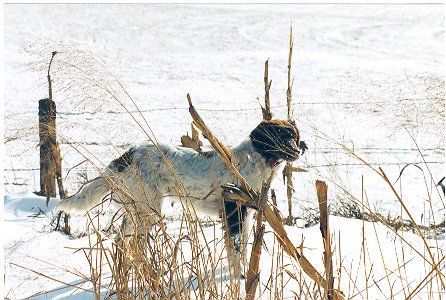 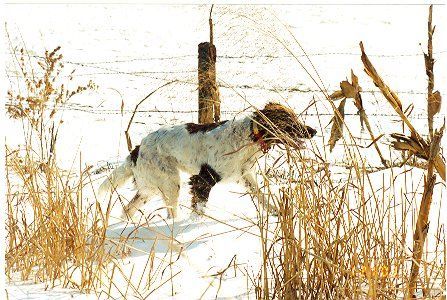 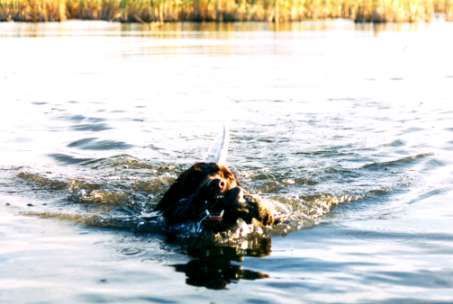 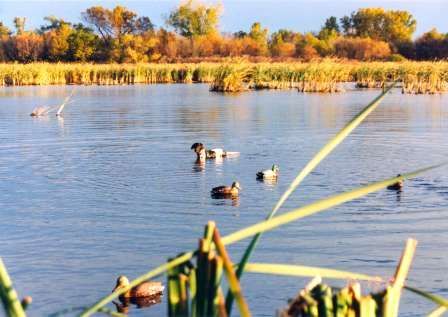 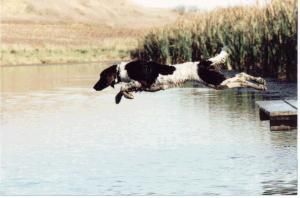 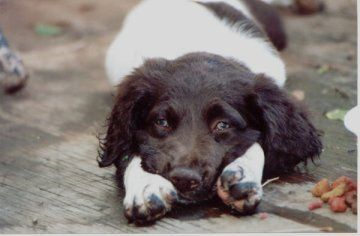 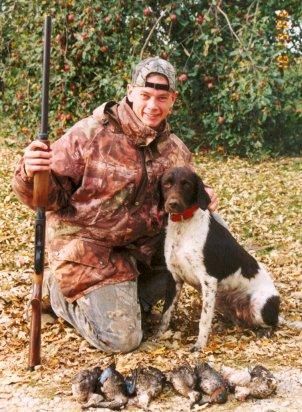 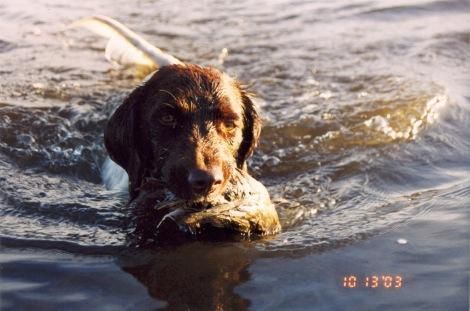 Abbey Retrieve
All photographs and media files displayed on this web site are copyright protected, For use please contact the respective owners. All rights reserved.