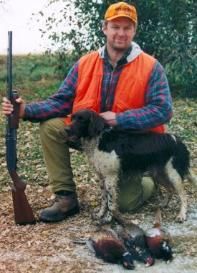 Whip, a liver and white male from Wisconsin, was the first Small Munsterlander we ever owned. Needless to say, Whip left a good impression on us. Whip was around
8 months old when we first started taking him pheasant hunting. By the end of his first season, he was a pretty dependable hunting dog. We shot about 25 birds over him that first year. Since this was our first hunting dog, we probably learned as much as he did that year. He was NAVHDA Natural Ability tested on June 6, 1997. He received a Prize 1, 112 points, a maximum score. It
was the second time he was tested. He earned a Prize 2 the first time and we decided that we could do better. Most of the problem the first time was handler error, it was our first try at
NAVHDA testing. When Whip turned 2 years old we had him tested for Hip and Elbow Dysplasia by the OFA, he was rated as OFA GOOD. He sired seven litters, two in South Dakota, one in Iowa, one in Virginia, and three with us ( "E" Litter 2003, "F" Litter 2003, "G" Litter 2005.)

Whip had a tremendous amount of drive and was probably as "hyper" as most SM's will get.
He was very affectionate and was our go-to dog when there were birds that couldn't be found or
the conditions were really tough. 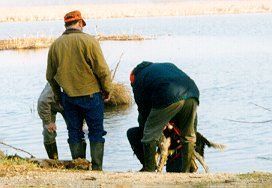 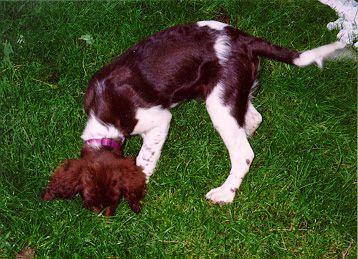 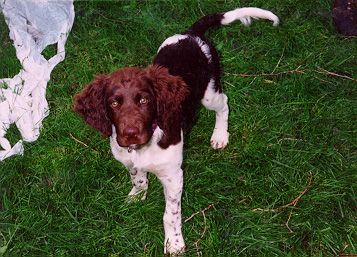 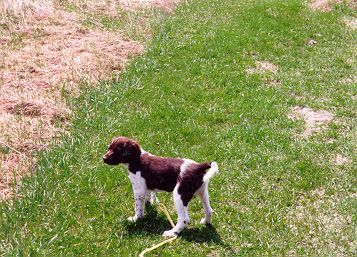 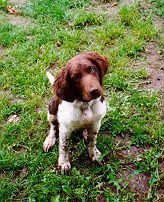 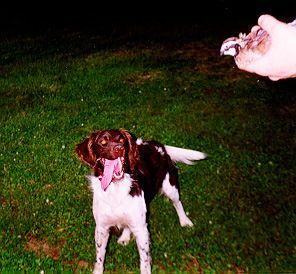 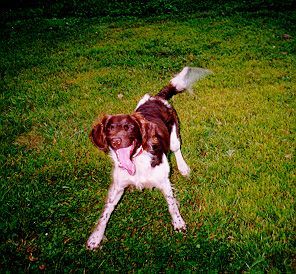 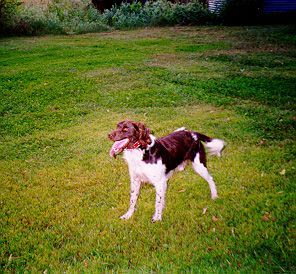 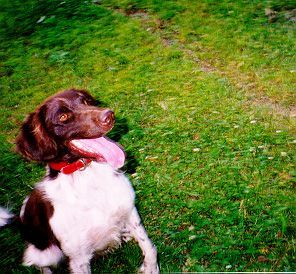 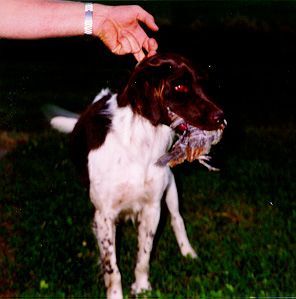 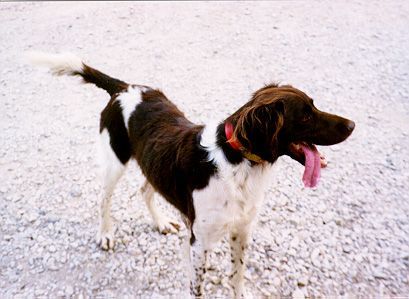 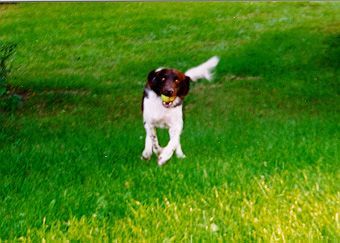 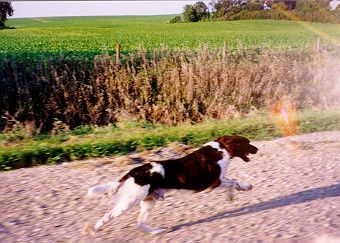 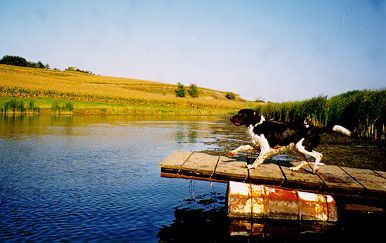 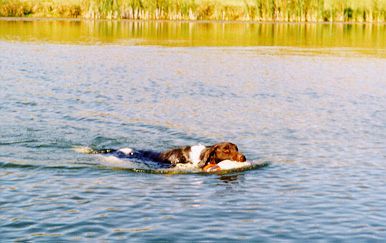 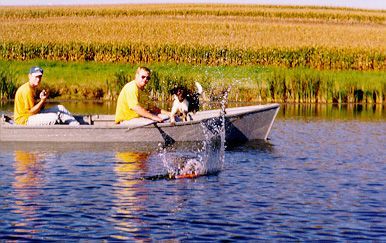 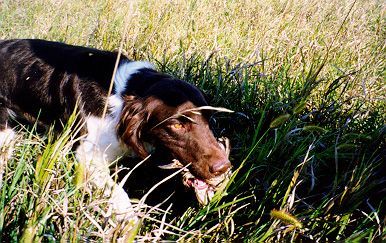 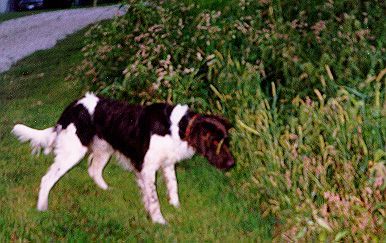 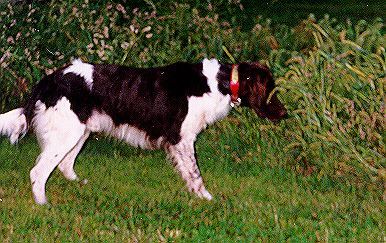 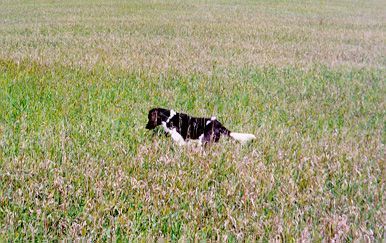 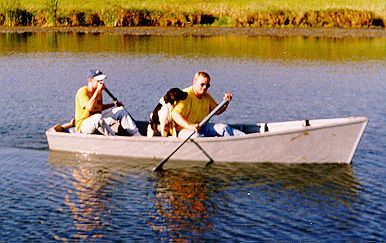 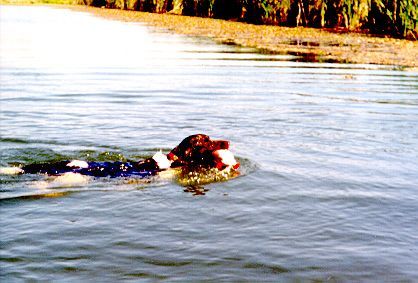 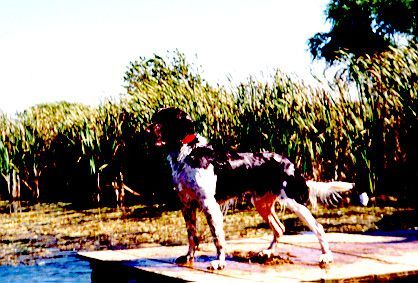 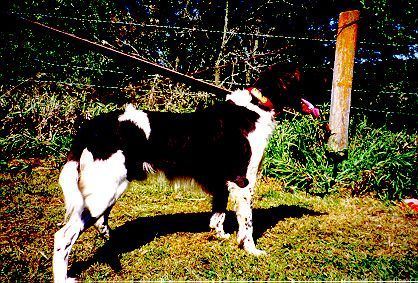 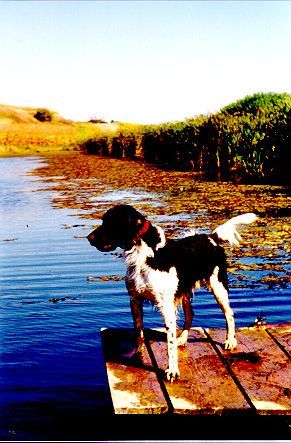 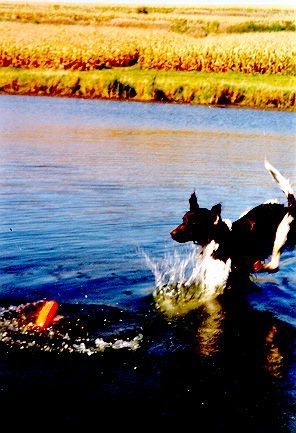 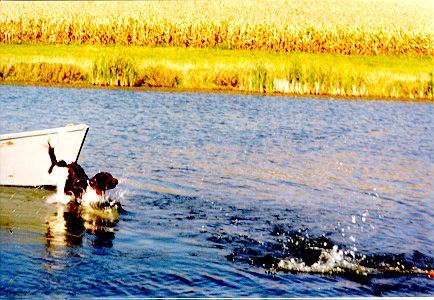 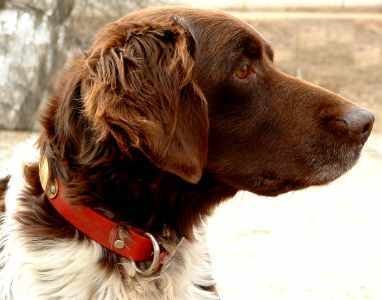 All photographs and media files displayed on this web site are copyright protected, For use please contact the respective owners. All rights reserved.