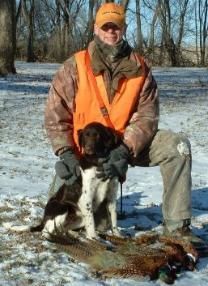 Anna was imported from Germany in February of 2002. We picked her up at the Minneapolis airport and when we got there instead of waiting for two hours for her scheduled flight we found that she was already there! It's not often that an animal flown as cargo gets in two hours early, but she went through customs in Atlanta much faster than anticipated. When we opened the kennel door she came prancing out like she had just been put in the kennel without a trace of trauma from her 10-hour plane ride. As we drove home she slept on my lap the entire way. Anna was NAVHDA Natural Ability tested on September 14, 2002. She earned an 86 points Prize III at 9.9 months of age. I was fairly happy with the score because she wasn't where I wanted her to be when she was tested. We didn't want to drive to the West coast to test her a few months later so we tested her before she was really ready. She was not one of those Small Munsterlander's that matured quickly at a young age and she was also at a disadvantage in that she had to test before her first hunting season. I greatly prefer that a dog can go out and learn on wild birds in real hunting situations before being put into a testing environment. At her test, she didn't show the desire that she developed in the months after the test. Although I agreed with the judges on most of her scores I thought she searched the field better than her score of "2" indicated. She stayed in gun range most of the time and found four birds with three points, one a double. Now that Anna's NA test was done the real learning would begin during her first Iowa pheasant season. While she came a long way during that first season she managed only four pheasant retrieves in the 26 times that we took her out. This is not uncommon as she was hunted with older dogs that usually found the dead birds before she did. But she got to learn a lot from being out there and doing it herself. A dog's second season is usually where they show the most improvement and Anna was no exception. Most SM's I have owned usually take a little time to get going, but once they do they really take off. I liken it to turning on a light switch, if you are paying attention you can almost see it go on. In 2003 Anna decided that she liked to find pheasants and started to retrieve them with abandon, so much so that she was rarely beaten to a retrieve if she saw it fall. She really began to work the cover and showed us that she has tremendous stamina.

She works hard and is always hunting when in the field and shows very good cooperation. She is often hunted on pheasants without an e-collar, which can be a challenge for dogs on running pheasants. Where she really began to excel was in finding cripples. She is tenacious on track and rarely loses a bird. 2005 brought a heavier workload for my brother in school so his hunting trips declined in South Dakota, but the bird numbers in South Dakota were really good so Anna had another excellent year both in SD and Iowa. In 2004 she established herself as a bird-finding machine and she didn't slow down in 2005. When my brother took her to South Dakota she was made a full-time house dog and she has flourished in that role. As much energy as she has in the field she shuts it off when in the house, most of the time you wouldn't even know she is there. It is hard for me to imagine a better dog for both the house and the field. 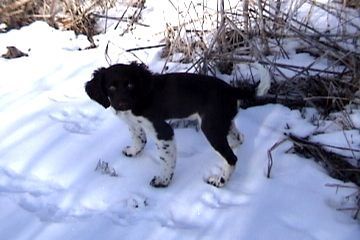 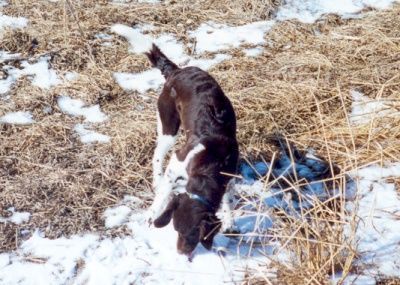 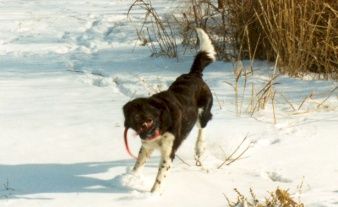 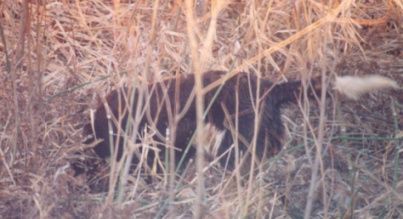 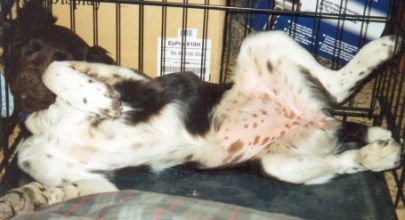 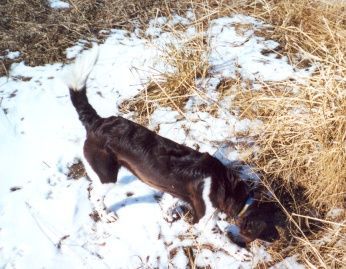 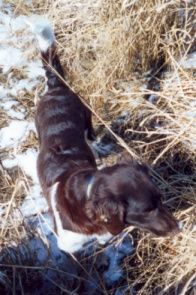 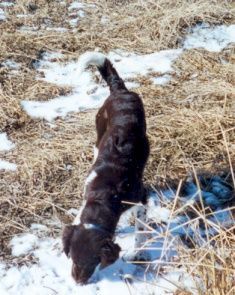 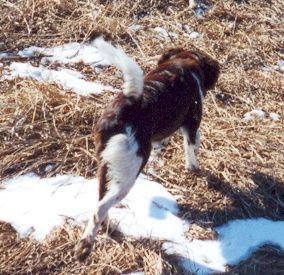 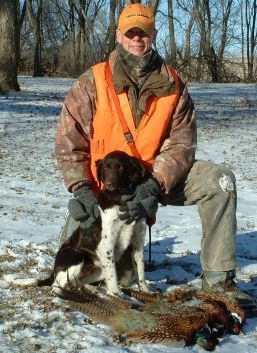 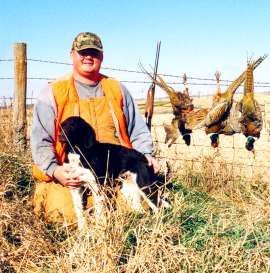 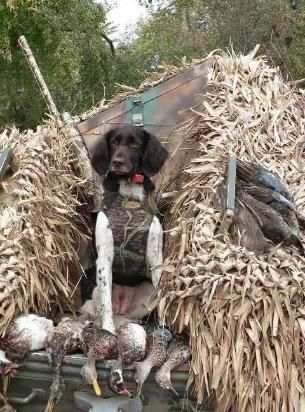 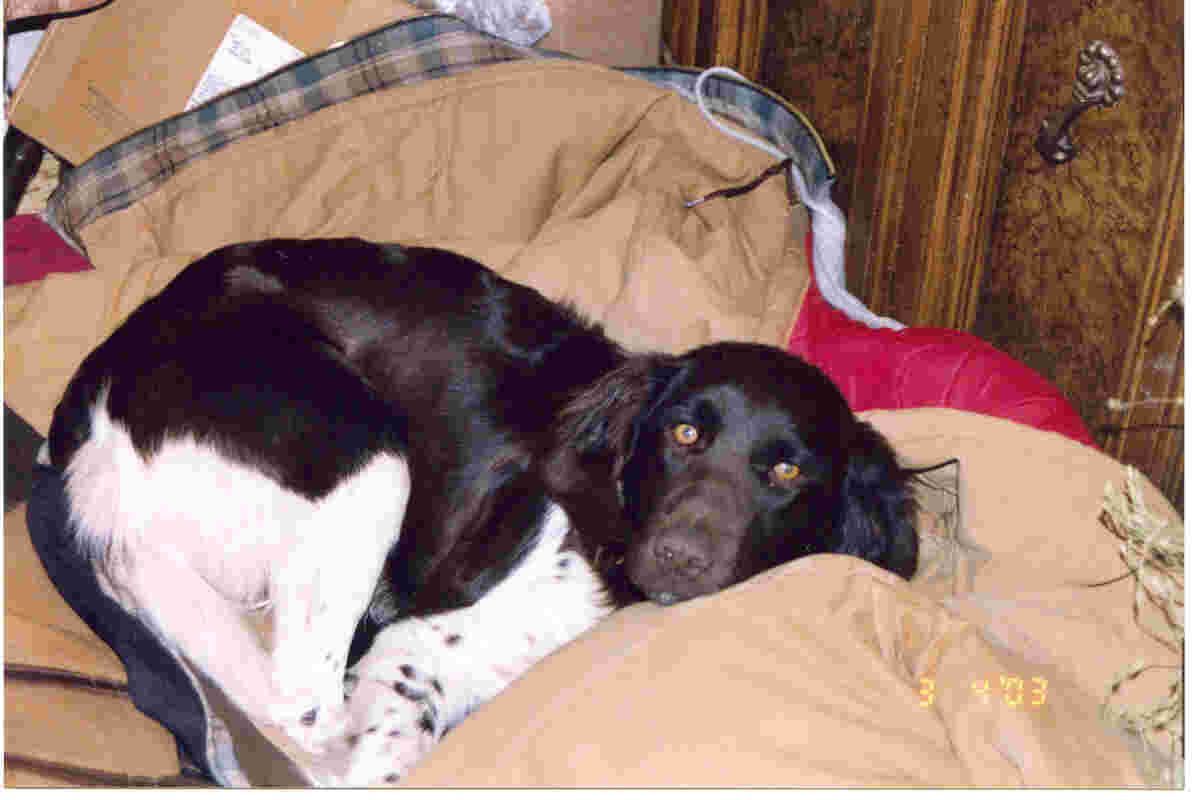 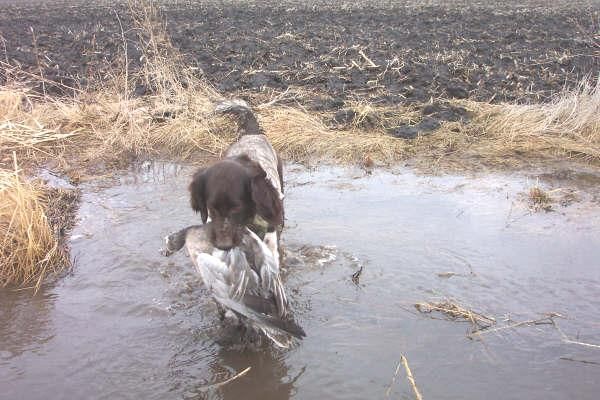 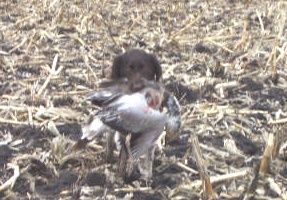 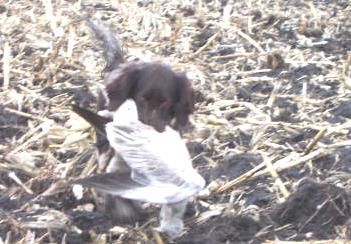 Anna Snow Geese 3
All photographs and media files displayed on this web site are copyright protected, For use please contact the respective owners. All rights reserved.